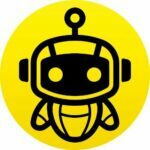 A common misconception with the heavy APY average is the subjectivity of the impermanent loss from staking an LP (liquidity provider) in a farming reward generator. With the explosion of DeFi we have seen too many new cryptocurrency prospectors get sucked into a high APY LP-farming trap, feeling hopeless as they are pushed out by earlier buyers with higher staking rewards. We’ve all been there, seeing those shiny 6 digit figures can be pretty damn tempting to jump in. However, almost always the token suffers from the inevitable valuation bubble, which is then followed by the burst and the impending collapse of the price. This Is why we have seen the mass adoption of static rewards, also known as reflection, a separate concept that seeks to eliminate the troubles caused by farming rewards.

4.8 32 votes
Coin Rating
Vote for this coin to increase its rank!

Bafe absolutely the best and go to the moon

best meme coin for ever🥳💪

Bafe the only one for now.

Last edited 18 days ago by To moon
Reply

Bafe to the moon

Bafe to the moon

BaFe to the moon