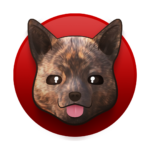 $KAIINU, the first INU based cryptocurrency on the BSC. Before we released our contract, there were long discussions about the name of our cryptocurrency. Today, we are proud to use the name INU, as no other token was deployed on the BSC before our contract.
CEO Benjamin has been involved in various projects. Among other things, the POODL project was revived by him after a rugpull by the previous DEV. Therefore, he has a celebrity status in the community.
The KAI, also known as KAI INU, is a rare breed of dog whose export is strictly
prohibited. In Japan, the KAI has been considered a natural monument since 1934. KAIS are lively, dominant, energetic and intelligent. They have a strong hunting instinct. Our Contract & Token also benefits from these features.
Three percent goes into liquidity to be able to guarantee trading. The higher the liquidity, the more stable the price. Two percent is returned to the HODLers. Two percent goes into the marketing wallet to enable listings, buybacks and advertisement.